Pih Peng is the Managing Director and founder of Altum Law, and has close to 30 years’ experience as a corporate lawyer.

She started her career in corporate law practice at Drew & Napier in 1991, handling initial public offerings, fund-raising and other corporate finance work. She moved on to join a prominent local litigation firm in 1999 to build their corporate finance practice, and was heading the corporate practice group before her departure in 2005. Prior to setting up Altum Law in 2014, she was a corporate partner at Lee & Lee for 10 years.

Her experience in cross-border transactions include advising on overseas initial public offerings (IPO) in Hong Kong, Malaysia and London, dual and secondary listings and private and public M&A in countries like Myanmar and the PRC.

Pih Peng is well-versed in regulatory compliance and governance matters, being Company Secretary of several listed companies in Singapore and Hong Kong and having worked closely with many sponsors, including the top leading sponsors of Catalist-listed companies in Singapore. She is active in advising companies on corporate compliance, including contentious matters such as shareholders’ requisitions and advising issuers who are subject to notice(s) of compliances.

Pih Peng also regularly advises fund managers and family offices on matters relating to offering of securities, licensing and tax aspects for the structuring and managing of funds in Singapore. She is also increasingly advising start-ups, funds and investments that focus on FinTech.

Education and Qualifications
Pih Peng was admitted to the Singapore Bar in 1991 and is a solicitor of England and Wales and an attorney-at-law of New York. She holds a Bachelor of Laws from the National University of Singapore and a Masters of Business Administration from the University of Hull.

Other Positions Held
Pih Peng is an independent non-executive director of NutryFarm International Limited, a Bermuda incorporated company listed on the Mainboard of the SGX-ST. 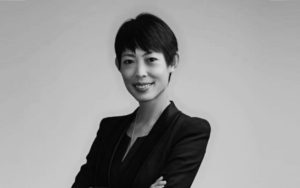 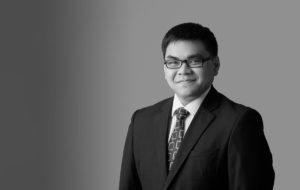